Reminder: Advertising in the 1950s Had No Chill 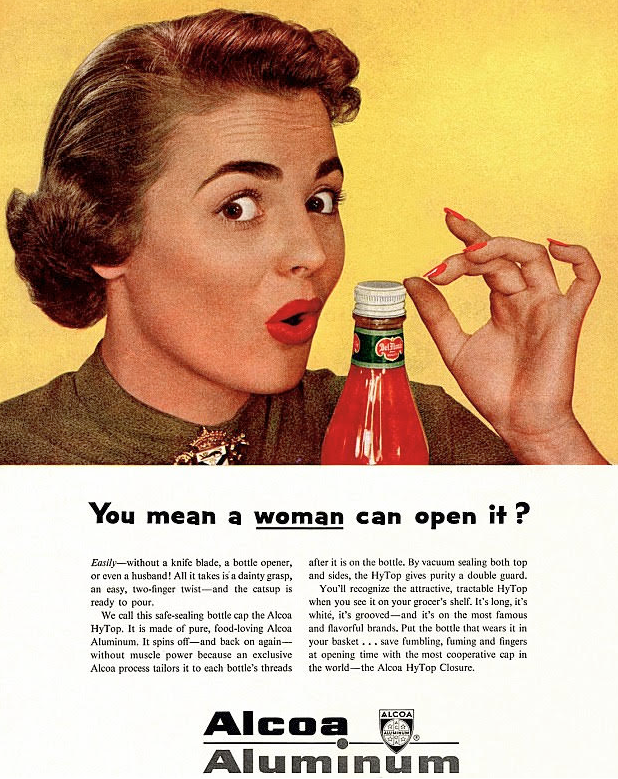 The history of American advertising is something that has always fascinated me. It’s amazing to see how much the visual aesthetic evolved as a result of the changing times. Consumer needs were constantly changing due to wars, shifts in the economy, advancements in technology and various other factors.

Each decade had its own unique style of advertising, but one period of time really stands in stark contrast to what we’re accustomed to today. The 1950s were sometimes referred to as “the advertiser’s dream decade.” With the end of the war came a new desire for Americans to spend money. The television was now a common household staple and the advertising opportunities seemed endless.

It all sounds perfect, right? The great American dream! The economy was booming and everything was all jukeboxes and wholesome family dinners.

Well, not so fast.

The golden era of advertising would cause some pretty massive controversies today. The sexism of 1950s advertising is infamous, and for good reason. Sure, we have plenty of offensive ads today, but few hold a candle to the callous ads of the “good ‘ol days.”

For those unfamiliar with 1950s misogyny in advertising, we will start off on a lighter note. 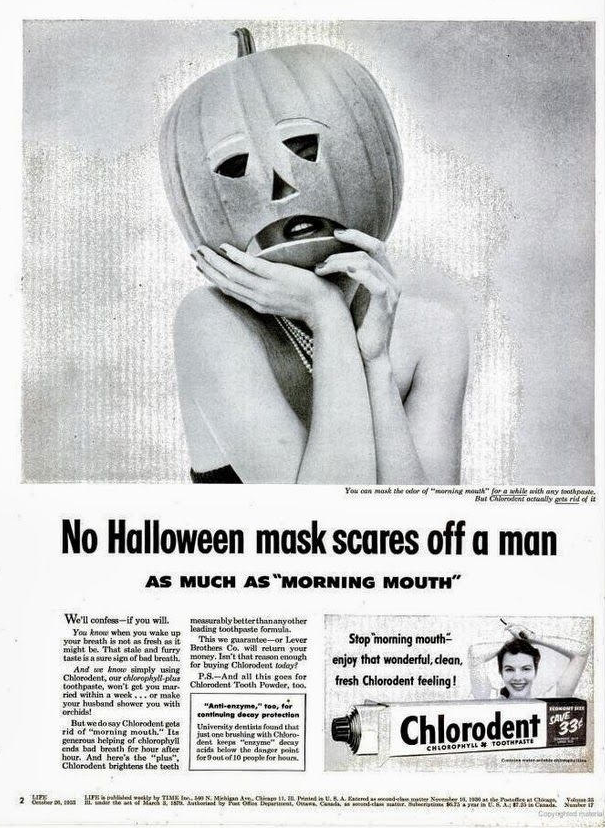 According to advertisers, the leading cause of divorce in the 50s was bad breath or poor hygiene. You could have also made a strong case for lack of creativity in the Halloween costume department. 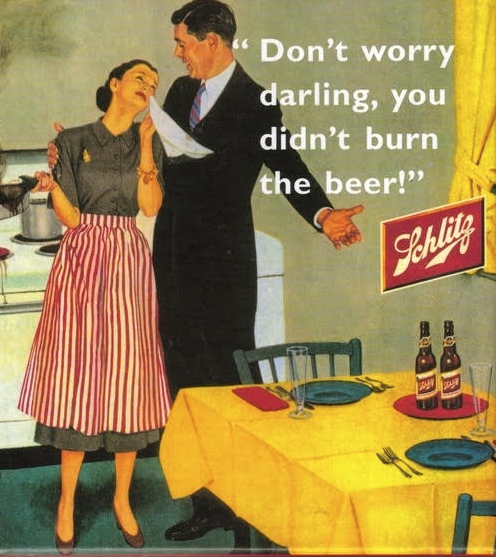 It’s important to note, this is not going to be one of those man bashing posts. Clearly men were forgiving, benevolent and HILARIOUS! (Just kidding, you know he left her right after he polished off those two beers.)

The pressure to avoid dishwashy hands, while still accomplishing dishwashy chores was a constant burden on the 1950s woman. 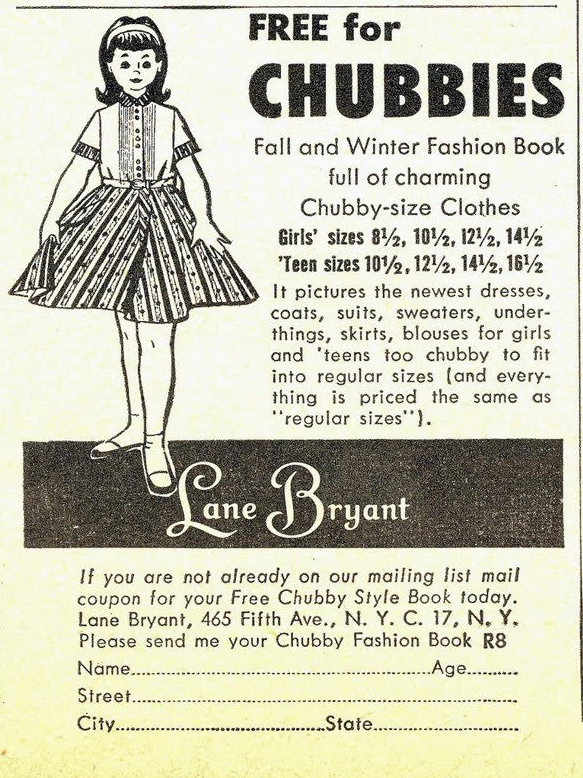 If you thought children were off limits, you were wrong. Boy were you wrong. 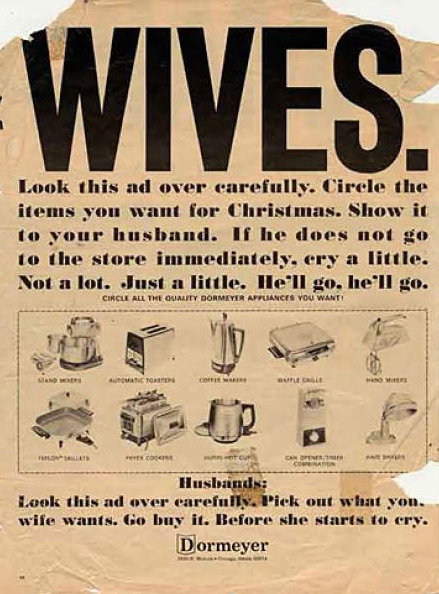 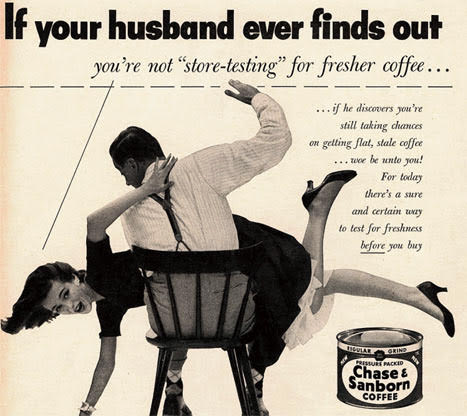 “Woe be unto you!” -A jaunty little expression to hopefully distract from the fact that this woman is being physically abused for improper grocery shopping.

While some of these examples are so absurd they’ve become funny to us now, others are nothing short of horrifying. It’s difficult to believe these ads were not only common, but fairly tame compared to others from the same era. Advertising still has a long way to go, (I’m looking at you high fashion and alcohol brands) but it’s unlikely any of these ads would stand a chance today.

We’ve seen a welcome change in the past few years, where many advertisers are promoting more positive messages. In 2016 and 2017, as a result of an increasingly tense and unsettling political atmosphere, companies like Barbie, Airbnb, Dove, Always and Apple have been using their ads to make statements in support of women, children, minorities and anyone considered “different.”  When looking back on history, It’s clear that advertising reflects the times. It’s hard to say what this decade’s ads will be known for many years from now, but let’s hope we land on the opposite end of the spectrum as the infamous 50s and 60s.

Why Brands Don’t Stop at the Logo